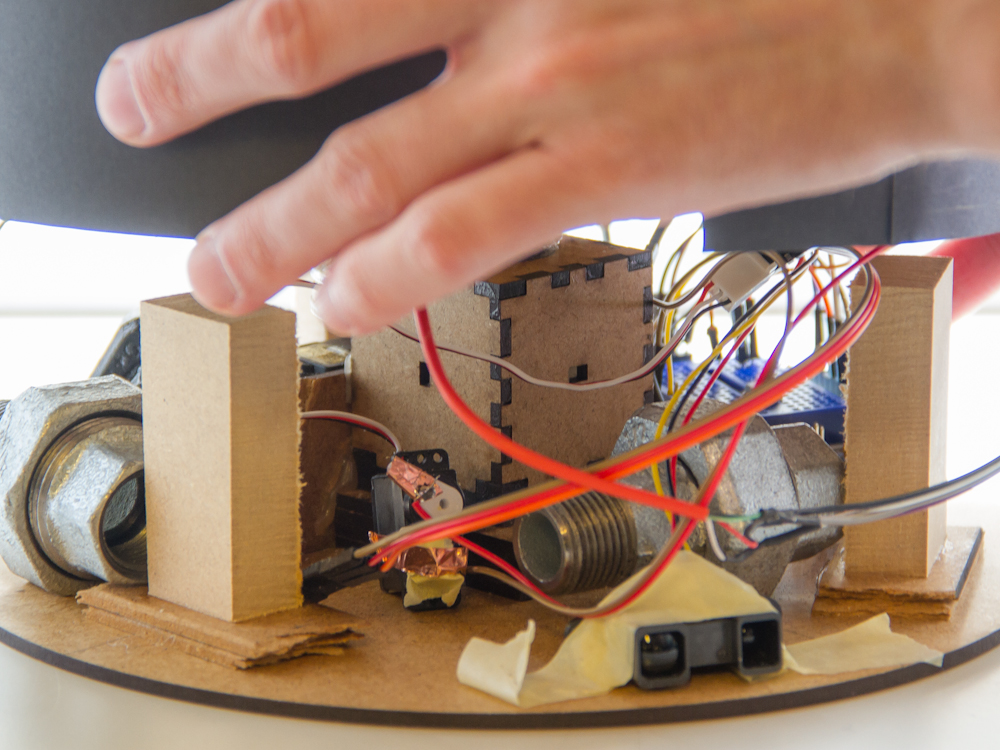 Smart Machines in the Time of Planned Obsolescence

What if your lamp had a part time job as a producer of solar energy, could invest on the stock market with other networked appliances, and had the wherewithal to use the profits to order it’s own replacement parts and upgrades? The Aspirational Lamp is a speculative exploration of a future in which even mundane household objects have access to powerful distributed computing infrastructure and sensor networks, and goals that may not always necessarily align with the short term needs of the people using them.

They also serve, who spend an afternoon shopping to find sealed bearings for the drive shaft.

Read things that people wrote about our lamp:

Our brief was to investigate the behaviours and interactions of the “object oriented home” of the very near future, in which household objects will be increasingly expected to learn, adapt, and evolve in response to the behaviours of their owners. How much intelligence will our “smart” objects have, and how much autonomy? Might dedicated appliances give ground to more multipurpose sensors and actuators, that can be controlled by a centralized system? What would an emergent economy of such networked machines look like, and what would be a “smart” object’s response to the very human business model of planned obsolescence?

We initially framed the project around an exploration of objects that could go beyond being highly efficient to creating a net gain of energy through adaptive behaviours. This led us to wonder about how a peer-to-peer economy of machines would function, and what they could trade—capital, new firmware or algorithms, carbon credits—and how these competing priorities would manifest themselves in the products’ behaviour.

We constructed the lamp prototypes from a mixture of salvaged or recycled parts, laser cut components, and off the shelf materials. An Arduino Uno controls two servo motors, and the lamp has some simple behaviours that are triggered by the presence or absence of a person next to it. We also prototyped a dashboard interface that provided visual feedback on the lamp’s activities and behaviours over time.